As could be expected, NEMS had a huge end to the season in October and November! Members packed in the events. Among the events at home members took on the Baystate, Loco, Manchester City, and Smuttynose courses, while others traveled to the Marine Corps and Philadelphia Marathons. NEMS members also represented at events across the […] 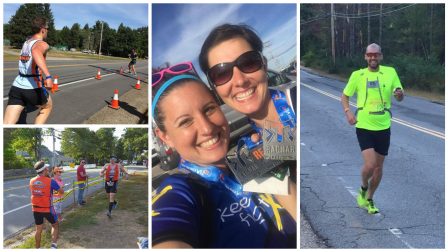 NEMS members didn’t slow down for September! This year the Pumpkinman Sprint and 70.3 faced crazy weather in Berwick, Maine! Given the weather, the race course had to be shortened for the 70.3. Read our member’s full report of the day here. September is also the month of Reach the Beach, the relay race that covers 203 […] 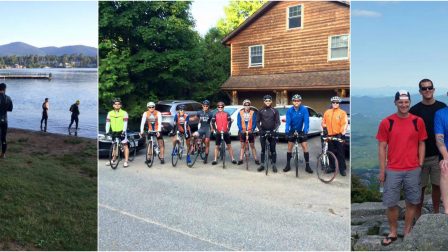 Over the course of the 2016 summer, many Northeast Multisport members had the opportunity to take part in one of the NEMS/Peak Triathlon Coaching Ironman training camps. These camps are an opportunity to train on an Ironman course and surrounding area. Each camp is timed as preparation for the race. Athletes have the chance to train with like-minded […] 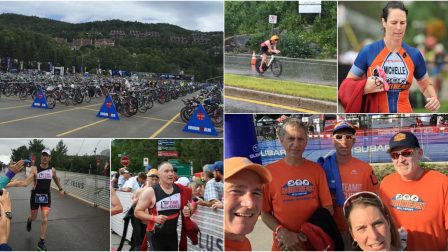 August was another very busy month for NEMS, including two major races both on August 21st! Nearly 30 Northeast Multisport members took on the Timberman 70.3 course in Gilford, NH! With so many familiar faces on the course it was uplifting to hear so many cheers while racing. With such a strong showing and outstanding performances, […] 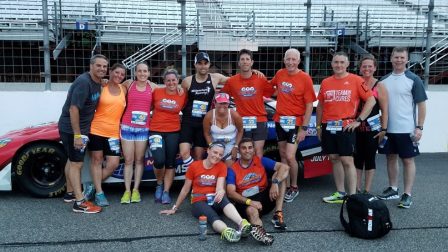 July held plenty of training and racing for Northeast Multisport members! The month kicked off with a fun run on July 1st, the Millennium Red, White, and Brews Beer Relay. Taking place at the New Hampshire Motor Speedway in Loudon, the event featured relay teams of 4 people racing 1 mile each after drinking a can of beer (or […]

As May slipped into June, the triathlon season kicked into high gear. And NEMS members were ready! Though the month held a myriad of races, here were a few of the highlights: On June 4th and 5th, the Quassy Olympic and Half took place in Lake Quassapaug of Middlebury, Connecticut. A challenging course full of climbs up rolling hills and […]

On Saturday May 21st, 12 Northeast Multisport members braved the cool water and hills in the Sprint and Olympic distances at the King Pine Triathlon in Madison, NH! From first time to returning triathletes, NEMS members had a strong presence on the course. Congratulations to all of the athletes that raced! Check out our member race recap here!

On Saturday, May 14, Colin Cook finished his 11th full Ironman at the Ironman North American Championship in The Woodlands, Texas. Finishing in 8:15:10 he took 2nd in his age group and qualified for his 4th trip to Kona! Congratulations Colin! 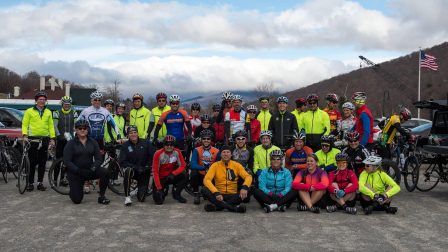 Nearly 40 NEMSers came out for the annual group ride through the Kancamagus Highway in the White Mountains of New Hampshire this year. Starting in Lincoln, riders had several options for a scenic out and back route ranging from 30 to 120 miles and 3,500 to 7,700 feet of climb. The route was full of beautiful views from […]