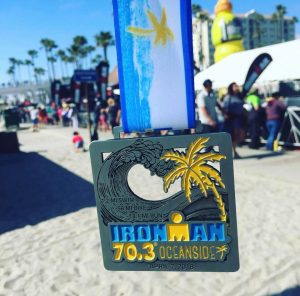 Every year NEMS votes to choose an early season 70.3 as a team destination event.This year was the fabulous and very popular Oceanside 70.3 just outside San Diego, CA. This event historic

This was my first team destination race and I can’t recommend it enough.To have the opportunity to travel with other NEMS members that you may or may not know and get to know them better over the course of a long race weekend is amazing.We now have stories and shared experiences that we can talk about always and if you are in a situation where you have the ability to sign up and race in one of these early season NEMS destination races you should really jump on it.