NEMS member Nate Thomas recently competed in the inaugural Mt. Tremblant 70.3 Ironman in Quebec. The race took place in a picturesque location with a challenging bike and run course. The swim took place in Lake Tremblant, and Nate came out of the water right where he had hoped to be, in 34 minutes. The bike course was constantly rolling and had three good climbs. The total elevation for the bike course was 3200 ft. Nate played to his strength, having one of the top amateur bike splits, finishing the bike in 2:23, and coming into transition right around the 3 hour mark. Nate was hoping to have a sub 1:30 run, but side stitches in the first part of the run slowed him down. He had a solid negative split and ended up catching several people who had passed him early in the run. Nate ended up with a 1:32 run, finishing in 4:35 and placing 6th in his AG, M30-34. Nate was also the second American non-pro to finish, finishing 40th overall out of 2068 racers. He was lucky enough to snag one of the two allocated 70.3 World Championship slots for his age group, and will be heading to Las Vegas in September to compete against some of the best age groupers in the world. 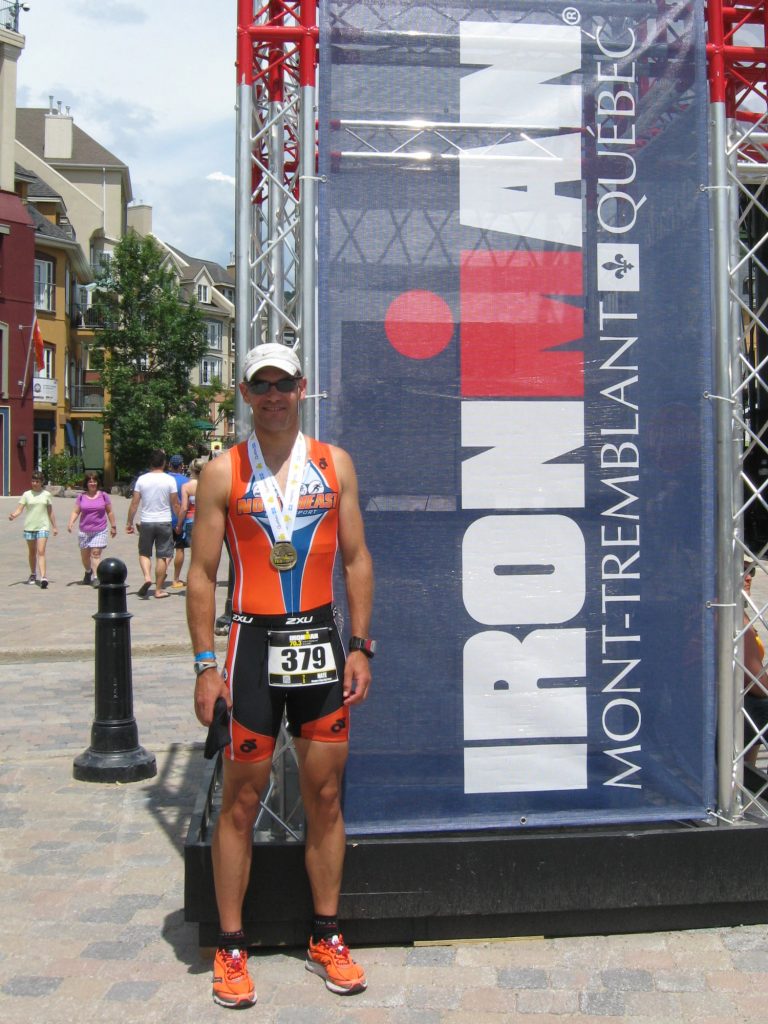