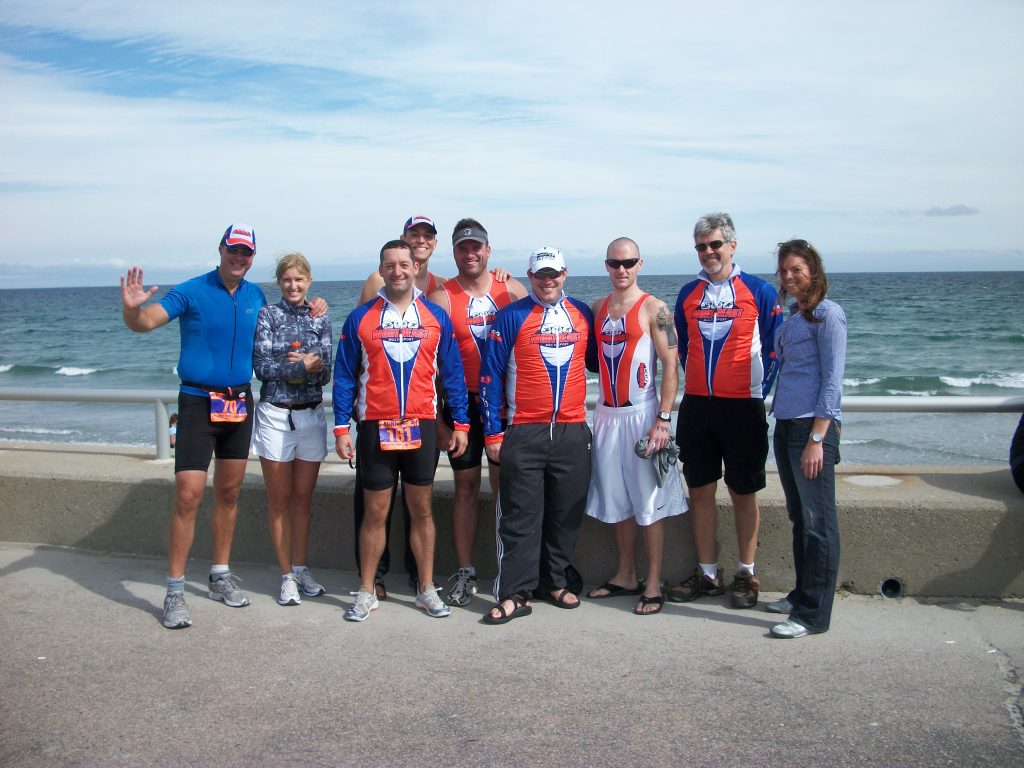 NEMS had a great day on Sunday at the Funtastic Nantasket Sprint Tri in Hull, MA. The conditions were terrific for racing. Colin Cook finished fifth overall and first in his age group. We are also super happy to report that Chad finished 3rd in the same age group! Chad has really progessed this year and we were really happy to see him on the podium. He has put in a lot of work. They even got to hear Carl Beane of Fenway Park fame announce their names! Jeff Smith finished a strong 7th in the Clydedales (10 minute PR), Ross Moir kicked a ton of butt (on his way to a fourth consecutive Timberman), and Gary Cook had a great day on the bike and showed his guts after a year long injury plagued season, still managing to PR by over 9 minutes. Robert Charest had a good race as well coming in 7th in his age group and almost breaking the 1 hour mark.

Equally important, we had a few next year members race. Don King, finished in 1:01 in his first race ever. Greg Smith came by to root us on after fighting through WestNile (literally). He’s really quick and would have put up a fast time. Monty Curtis became the mayor of Nantasket and finished his first race after. His better half, Linda showed that high powered executives can kick a little butt.

Here is a video of Colin, Chad, and Gary finishing: