NEMS had four members compete in the Cranberry Trifest Olympic distance race on Sunday, August 29th. This race is the Northeast regional club championships and attracts some very fast competition. Despite the competition, both Colin Cook and Nate Thomas, finished 2nd in their age groups. Colin finished 16th overall and Nate finished 41st. Robert Charest and Jeff Smith both also had very respectable finishes in the tough field. Rob had very respectable splits in all 3 events.  As for Jeff, this was his first time attempting the Olympic distance and he did terrific! So ccngrats to Jeff for taking his training to the next level and conquering the Olympic distance.
Despite only having 4 racers competing at the event, NEMS only finished a few points out of 2nd place in the division 5 club standings. Next year we will be back with more competitors and we WILL win division 5. We’d also like to thank Ross Moir, who was recovering from Timberman,  and both of his adorable kids for showing up to route on the team as well as take some great pictures. Nice work everyone! 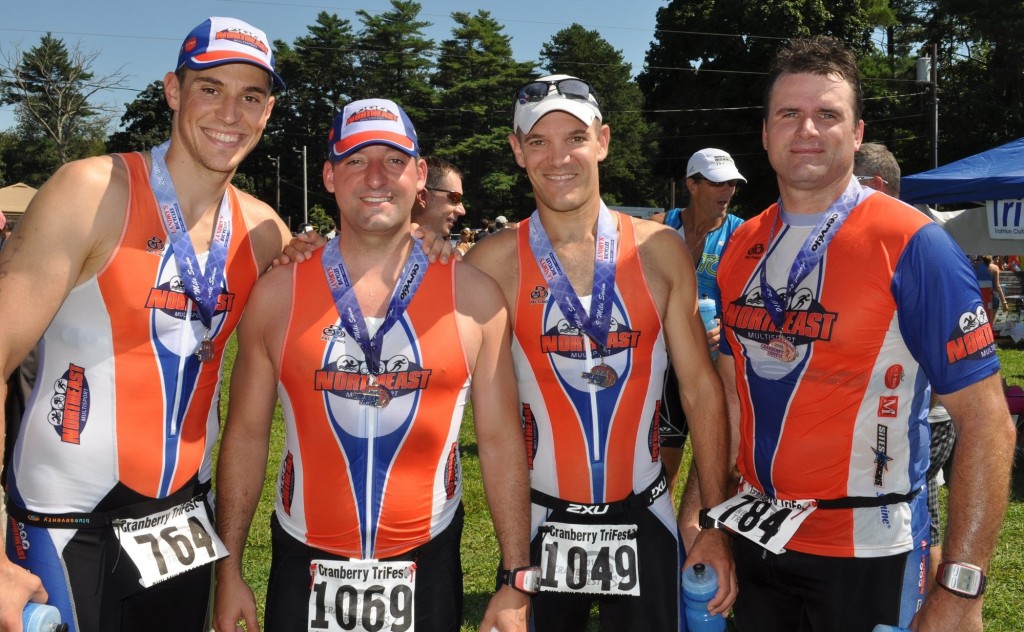